A Touch of Frost Bites in to Champagne 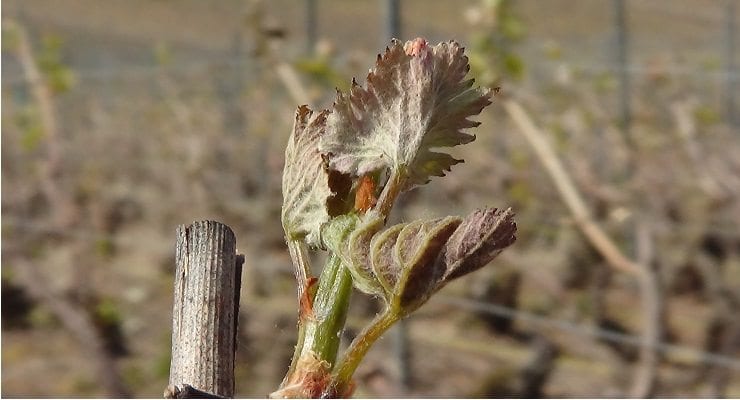 A touch of frost, that cold morning of spectacular views, especially within the country, is what is a curse to many farmers and growers and it can have a bitter effect in the world of growing grapes for producing wine. The Champagne region has once again suffered with a late frost which has caused losses throughout the region.

All this week temperatures have fallen to zero or below across the Champagne region, getting as low as -7 C on Thursday night in some places and wreaking havoc amongst the vineyards.

Whilst the frost has been widespread, the effects have been extremely varied. Some villages, Verzy for example in La Montagne de Reims, appear to have got off relatively lightly with only 5- 10 % of vines affected, but in La Côte des Blancs and La Vallée de la Marne some vignerons are reporting up to 50% losses in certain pockets.

These low temperatures are not that unusual for April. What has caused the problem this year is a particularly mild spell in the first half of April that encouraged growth in the vines only for the frost to strike just when the buds were appearing.

For the second year running it’s the Aube region in the south of Champagne that has been hit the hardest. Last year about 4,000 hectares of vines – that’s half of the entire vineyard area in the Aube – were badly damaged by frost at the end of April. The system of reserves allowed the wine makers to overcome last year’s shortage of grapes but two bad years in a row would be much harder to manage. A spokesman from the Chambre d’Agriculture de l’Aube said that whilst there has undoubtedly been extensive damage, it’s still too early to get an accurate picture of exactly how bad it is. A clearer picture should emerge at the beginning of next week.

Meanwhile the forecast is for slight warmer nights so everyone is crossing their fingers that the worst is over… for the time being.

For more information on the services of Jiles Halling please visit here: twitter.com/madaboutbubbly