Prosecco: Looking Beyond the Label 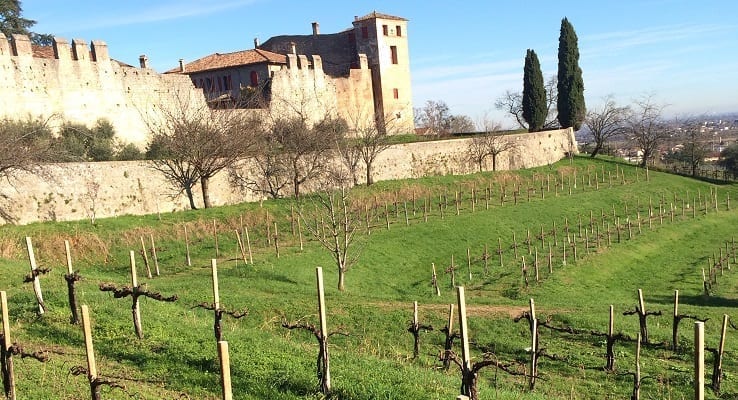 Prosecco is a lovely, friendly, flowery sparkling wine from North-East Italy, with William pears aromas and it had record sales last year. But how many people realise that the wines from different zones vary as much as clothes from Primark to Prada?

Over the last two years the name Prosecco has become synonymous with unpretentious bubbly in the UK. It’s in every supermarket and on most restaurant wine-lists. But choosing a good one…? The first place to look, of course, is the label. “There is nothing like firsthand evidence,” as Sherlock Holmes would have told you. And it’s not just the producers’ names that give us the clues as to the contents of the bottle

Flavours vary from the frizzante style of quickly fizzing bubbles and a neutral, easy-drinking flavour to a much more complex taste of acacia, citrus, apples, pears and peaches fruits. These latter wines, which also will offer long-lasting bubbles in the glass, are to be found in bottles labelled Prosecco Superiore DOCG and especially those from certain Cru zones within the region. Some producers use the time-consuming methode traditionelle employed in Champagne – secondary bottle fermentation; this gives a big boost to the aromas, adding the distinctive notes of yeast and brioche. This will be noted on the label and is a point to look for if you are seeking quality.

Other clues and definitions.

DOCG (Denomination of Guaranteed and Controlled Origin) indicates superior quality to the DOC label. The magic G on the end guarantees that the wine has been analyzed and tasted by government licensed personnel before bottling. The area (between Veneto and Friuli) was first granted its DOC appellation in 1969 and Conegliano Valdobbiandene zone became Italy’s 44th DOCG wine in 2009. Then, in the same year, the Ministry recognized the value of another Prosecco zone and granted DOCG denomination to Asolo Prosecco Superiore wine. In these two areas Prosecco is identified by DOCG (highest warranty for a registrated name in Italy). 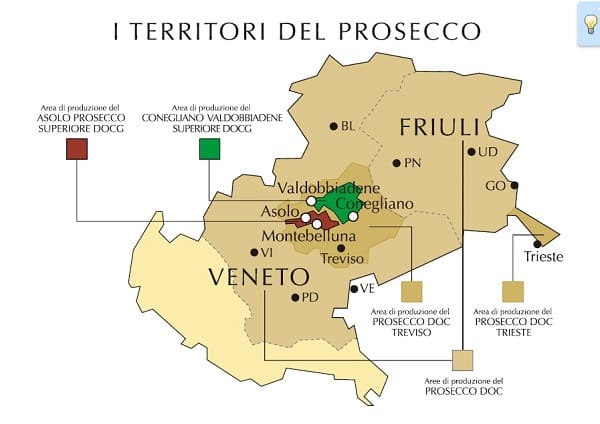 Spumante (from the Italian verb spumare…to foam) means you have a fully sparkling wine.

Superiore indicates that the vines are grown in particularly difficult terrain of steeply sloping hills which give the product its unique identity.

Rive refers to sparkling wine produced only from a specific vineyard in a specific municipality or part thereof. This indicates quality. Expect a peachy, pears, complex floral fragrance, fine wine with an amazingly long finish.

Cru might not appear on a label but is used to denote a sub-zone in the DOCG area. For example, Superiore di Cartizze is a cru within Conegliano Valdobbiandene DOCG – a small area of just 106 hectares in the steep hills of S Pietro di Barbozza, Santo Stefanoand Saccol in the municipality of Valdobbiandene.

The main grape is Glera (used to be known as Prosecco).

Small proportions of Verdiso, Perera and Bianchetta, local varieties are very useful for giving the wine a satisfying, harmonious structure, may also be used, as well as Pinot and Chardonnay.