A Look at the Sparkling Wines of Canada… Eh! 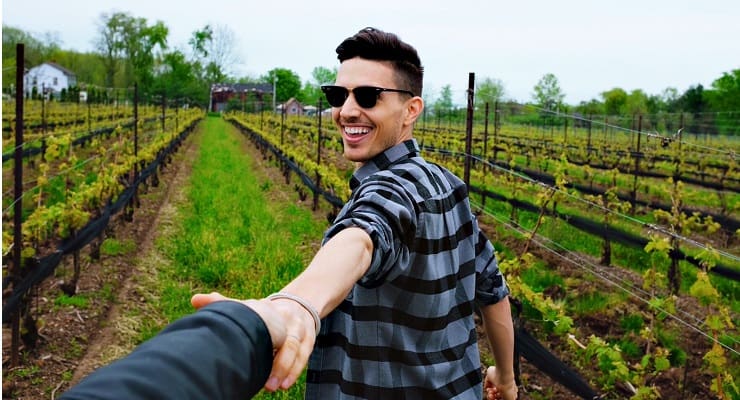 Close your eyes and think of Canada. What comes to mind?

Now, before we get too far in, it goes without saying that Icewine really is great. Made from grapes naturally frozen on the vine and yielding luscious, concentrated flavour, this dessert wine has put Canada’s wine industry on the map. And while amazing in its own right, there’s so much more wine to discover in Canada, including plenty of amazing sparkling wine!

Bubbly from Coast to Coast 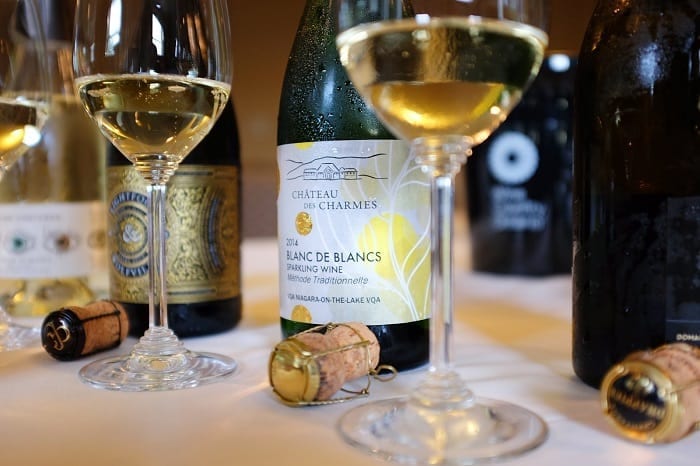 Canada is huge. Really huge. The country covers 9.9 million square kilometres, making it the second largest in the world.

Like most Canadians, the country’s main wine regions (located in the provinces of Ontario, British Columbia and Nova Scotia) are situated close to the southern border of the country, just above the United States of America. That being said, there’s around 5,800 kilometers between them – so each region is vastly different. Luckily, they have one thing in common: they all produce some amazing bubbly! 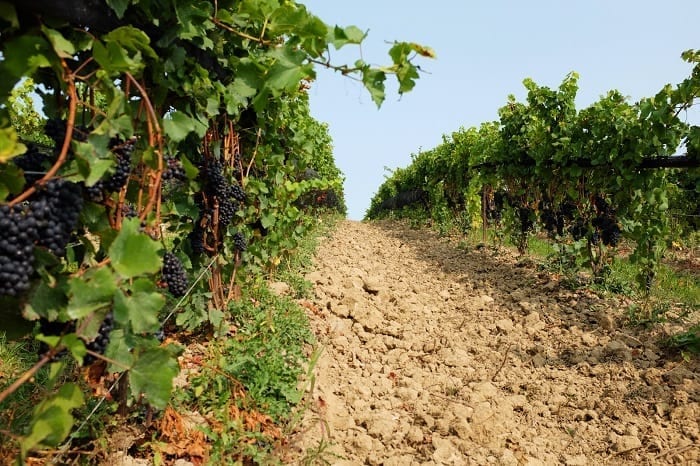 Before we break down each wine region and divulge some of Canada’s sparkling secrets, let’s see how these wine regions compare to the rest of the world.

Despite the stereotype of unforgiving winters, each of Canada’s wine regions has a moderate climate, and believe it or not, sits a similar latitude to other cool climate wine regions, including the Champagne and Burgundy regions of France. We all know that these regions don’t need high temperatures to produce beautiful sparkling wine!

On top of that, each of Canada’s wine regions are moderated by a large body of water: the Great Lakes in Ontario, the Pacific Ocean and Lake Okanagan in British Columbia and the Atlantic Ocean and Bay of Fundy in Nova Scotia.

And, then, there’s the soil. Without getting too deep into the mud, for lack of a better word, each wine region includes areas with limestone deposits which is perfect for sparkling wine. 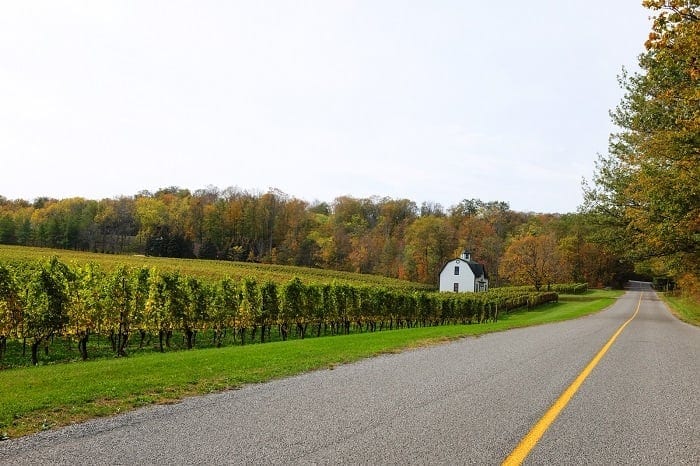 Not just the home of Niagara Falls and Champagne Papi!

Ontario’s wine regions, located along the shores of the Great Lakes and near Toronto (aka Champagne Papi’s aka Drake’s hometown), form the largest grape growing area in Canada.

There are several appellations in Ontario, but most sparkling wine is produced in the Niagara Peninsula (home to that famous waterfall you may have hard about) and Prince Edward County. The Niagara Peninsula appellation is home to diverse terroir, the moderating effects of Lake Ontario and the sheltered slopes of the Niagara Escarpment. See, while the waterfall is impressive, it’s the interplay between the Great Lakes and the escarpment that shapes the perfect climate for grape vines! Prince Edward County, located east of Toronto, is a peninsula surrounded by Lake Ontario. The appellation sits on limestone bedrock, has stony soils and vines here offer low yields and excellent fruit concentration. Being Ontario’s most northerly appellation, the base of the vines must be buried in the winter to avoid frost damage. That takes dedication, eh? 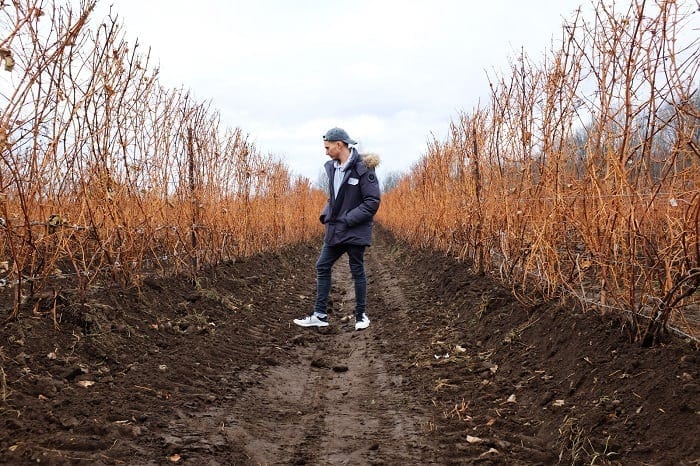 With about 7,000 hectares under vine spread among 165 wineries across Ontario’s appellations, the wine footprint is still small by world standards. However small, the Ontario wine industry is truly sparkling! And we would know, because we’ve mapped the 120+ sparkling wines being produced here. Most Ontario bubbly is made in the traditional method, though charmat method sparkling is definitely up there, producing crisp and approachable sparkling. In an Ontario twist, you can even find sparkling Riesling or Vidal, a hybrid grape that grows well here.

It should come as no surprise that there are so many sparkling wines made in Ontario, as this wine region is home to mineral rich soils, a climate similar to Champagne and Burgundy and is home to winemakers that have focussed production on cool climate grape production (including Chardonnay and Pinot Noir). Add to that an ever increasing
number of intentionally acclaimed wineries and wine events, such as i4C (International Cool Climate Chardonnay Celebration) and ICCWS 2020 (International Cool Climate Wine Symposium 2020), things are certainly bubbling up here in Champagne Papi’s home! 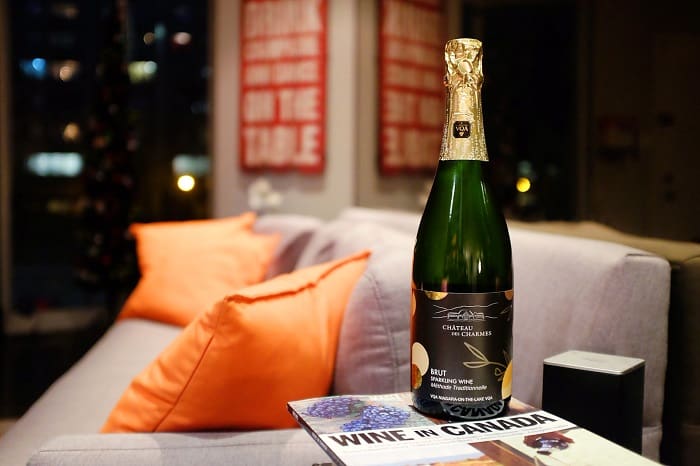 If you’re looking that perfect Ontario glass of bubbly to acquaint yourself with what this beautiful region has to offer, we suggest Henry of Pelham’s Cuvée Catharine, the Trius Brut or the Château Des Charmes Brut. 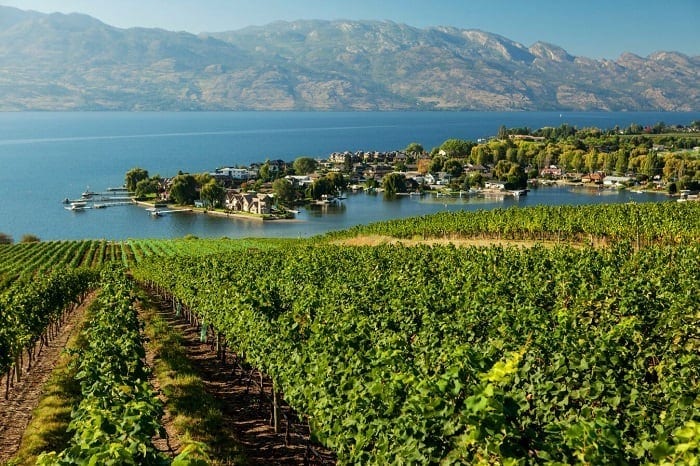 The jewel of the Pacific Coast!

Sweeping, unspoiled landscapes. Evergreens as far as the eye can see. Canada’s only desert. British Columbia’s wine regions – clustered around Lake Okanagan and the Pacific Coast – are by all accounts some of the most beautifully located. The wine regions of British Columbia are located at the northern extremes of where grapes could grow. Like in Ontario, there are several appellations, including the Okanagan Valley (home to half of BC’s 272 wineries).
The Okanagan Valley wine region shares the same latitude as the Champagne region of France and the Rheingau in Germany. The continental climate, high daily temperatures and long hours of daylight make the Okanagan capable of producing diverse wines, from cool climate whites to warmer climate reds. 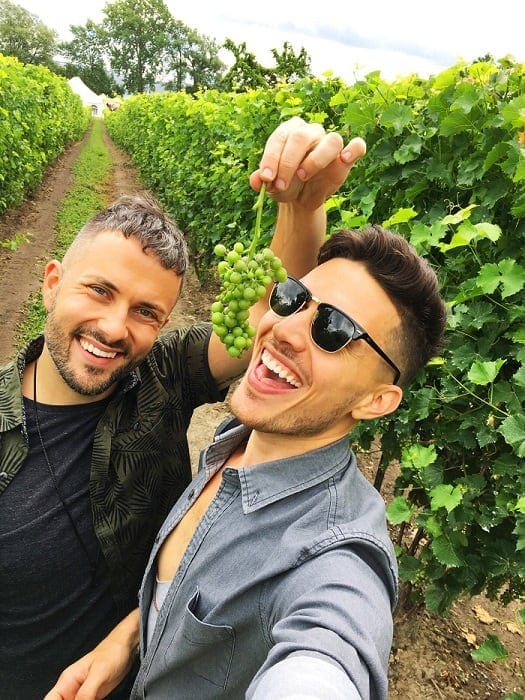 So what makes bubbly here special? Unlike Ontario, which is rather flat, BC is mountainous and with that comes an even more diverse terroir! From steep slopes to sheltered valleys near lakes and rivers, BC’s wine regions also benefit from hot summer days and cool evenings in the fall. When it comes to sparkling, over 50 producers produce fresh and complex sparkling wine. The (slightly) warmer climate in British Columbia leads to sparkling wines that are a bit more fruit forward, often with hints of marzipan and almond. 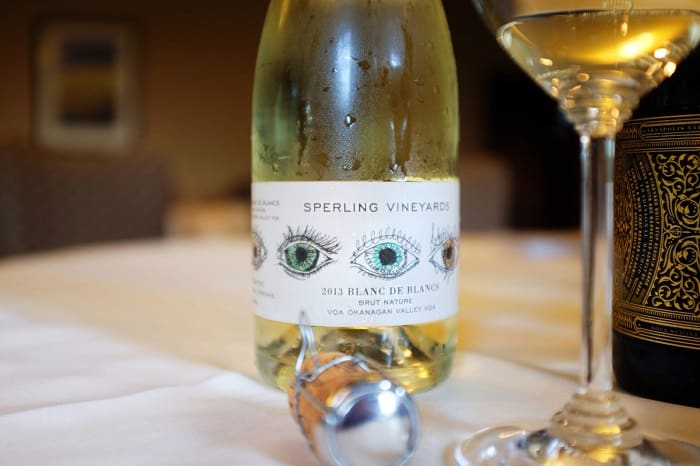 If you’re looking for a wine to whet your (BC) whistle, the Tantalus Traditional Method Blanc de Noir, Steller’s Jay Pinnacle or Sperling Vineyards Blanc de Blancs are all good bets. Lobsters and Bubbly. Lots of bubbly!

With its coastal landscapes dotted with lighthouses, bounty of seafood and beautiful sea breezes, Nova Scotia really is a dream. Of the three main wine regions in Canada, Nova Scotia’s is the newest and smallest. But age and size aren’t really what drives great winemaking. Terroir and passionate winemakers are what does, of course!

Nova Scotia’s 20 wineries are clustered in valleys near the Bay of Fundy (you may know of it from its infamous tides). This may sound tiny, but… over 10 of these wineries produce sparkling wine! 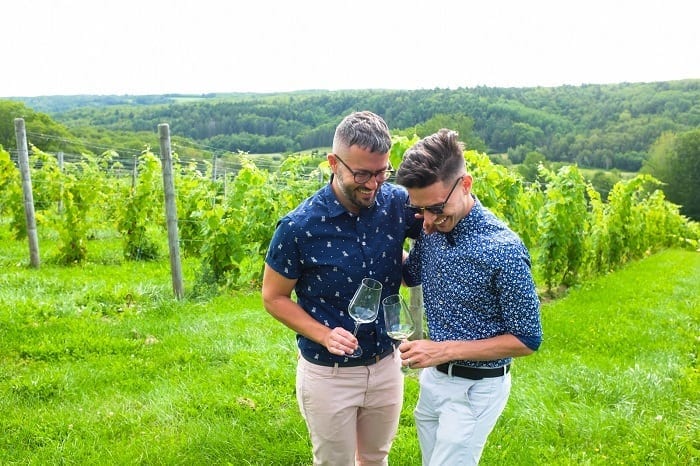 But, what kind of wine?

Nova Scotia’s cool climate, mineral rich soil and proximity to the Bay of Fundy provide the perfect conditions for aromatic whites and sparkling wine, which has gained much acclaim locally and internationally. In fact, Nova Scotia sparkling wines are found on wine lists in famed restaurants in the UK and have brought home gold medals from
sparkling wine competitions.

But why Nova Scotia sparkling? 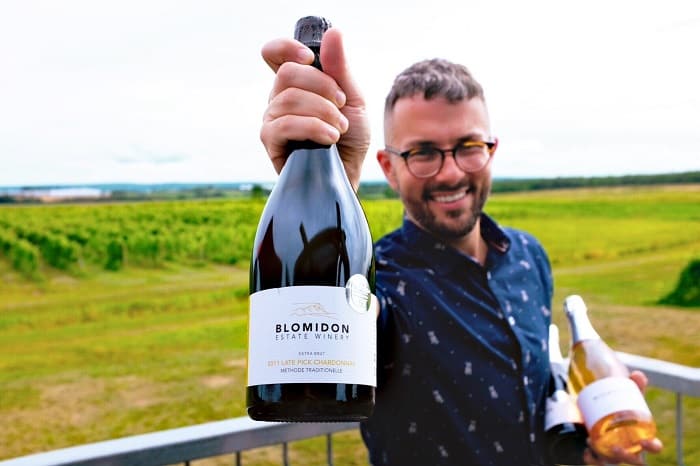 While one of the coolest climate regions in the world, Nova Scotian wine regions, such as the Annapolis and Gaspereau Valleys, have warm summers and long autumns which are perfect for both Vitis Vinifera and Hybrid grape varietals, which have a long hang time and still produce the perfect acidity required for sparkling wine. Coupled with mineral rich soils full of long since gone ancient crustaceans and the sea breezes from the Bay of Fundy that impart a unique salinity to the wines, the sparkling here is out of this world. 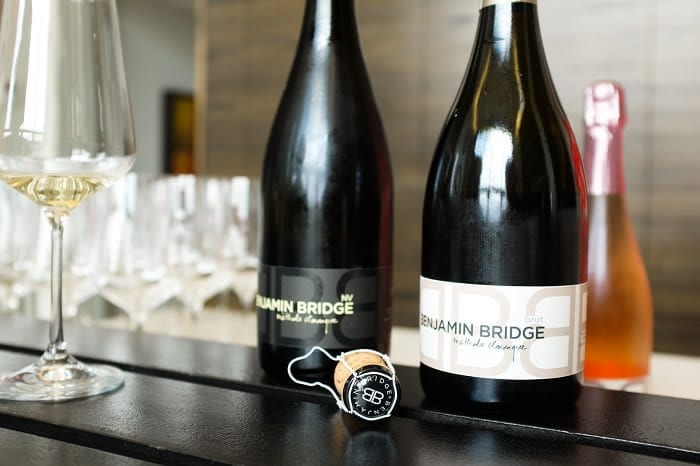 If you’re looking for something to pair with Nova Scotia lobster, or to just otherwise blow your fellow fizz friends away, try the Benjamin Bridge NV (made from a blend of Vitis Vinifera and Hybrid grape varietals) or the Benjamin Bridge 2011 Brut Reserve (which is made from 100% organic Chardonnay and Pinot Noir, and aged on the lees for 5 years). 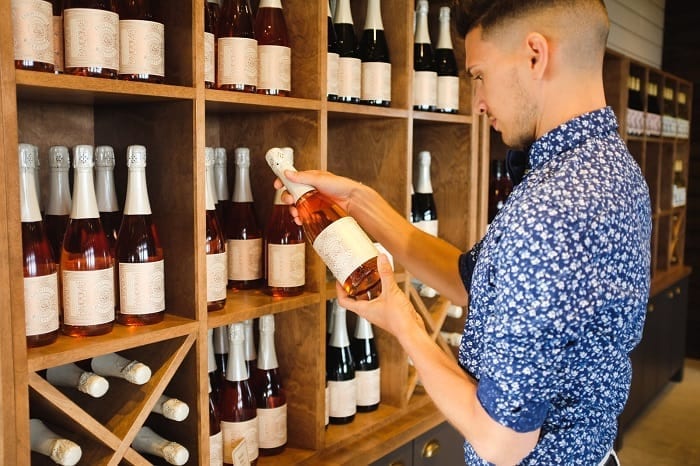 Now, for the boring stuff!

The sale of wine, like all alcoholic beverages, is regulated in Canada. The provinces where the wine regions are located all have liquor control boards. So, in the vast majority of cases, if you’re looking to buy a bottle of Canadian bubbly while in a trip to the Great White North, you’ll have to purchase it at a government liquor store, a winery or at a handful of private shops.

The regulation of grape growing and viticultural practices is regulated in Canada, much like in Europe. Ontario and British Columbia recognize the Vintners Quality Alliance (VQA) as their regulated appellation of origin system. VQA, like the AOC system of France, requires that grapes be sourced only from certain areas to best convey terroir. Nova Scotia has a “Wines of Nova Scotia” label that requires that 100% of grapes be sourced from there. As the regions grow, we’re sure to see some change here!