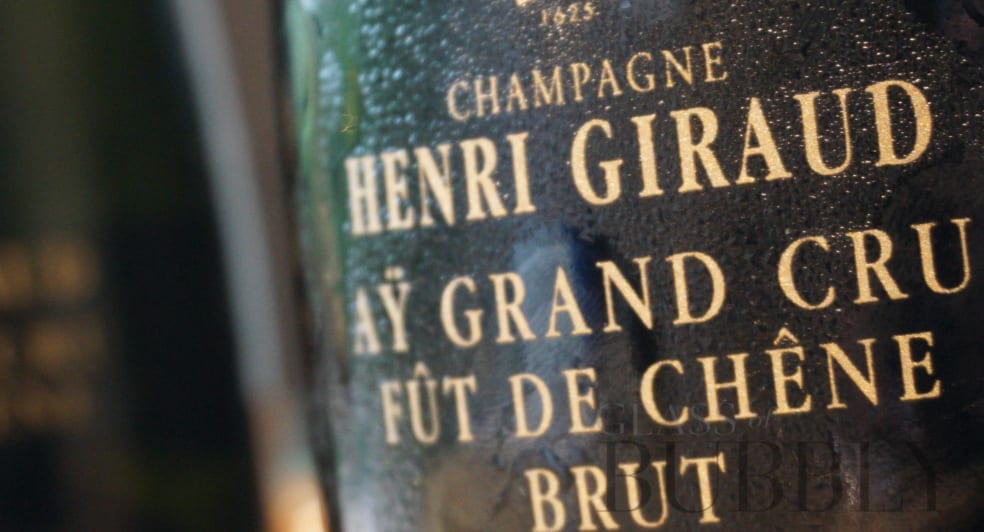 When you’re looking at a row of Champagne bottles in a wine shop or working your way down the Champagne list in a restaurant looking for clues about which one to choose, the words ‘Grand Cru ‘stand out as a reassuring beacon in the darkness.

If it says Grand Cru on the label, it must be ‘better’ than Champagne without those words, mustn’t it?

Well, hold on a moment. Maybe it is and maybe it isn’t. As with so many things about wine, the truth is a little more nuanced.

Grand Cru is certainly a useful indicator of quality especially if you’re completely stumped and have nothing else to go on, but these words are not the be-all-and-end all.

So let’s take a look at some of the factors that may be muddying the waters a little.

First, the entire classification system of Grand Cru, Premier Cru and others Crus which was commonly known as the Quality Ladder ( L’ Échelle des Crus) was reassessed (and one might say diluted or even undermined) in 2010 by INAO (the Institut National des Appellations d’Origine)

Since then, the terms Grand Cru and Premier Cru continue to be used, but only for reasons of what is called “Local, Honest and Long- standing practice”, not because of the intrinsic quality of the Champagne.

What about the price?

Second, there is, to this day, an ongoing debate about how the Échelle des Crus system came into being in the first place.

Most peoples’ assumption is that it’s all to do with things like the micro-climate, the soil, the exposure to the sun etc.

The accepted wisdom is that, as a result of these favourable characteristics, a village and its vineyards that are classified as Grand Cru must obviously produce grapes that are superior in quality to a village classified as Premier Cru. What’s more, that the latter must, in turn, produce better quality grapes than a village with a classification below Premier Cru, but is that always true?

In 2019 the average price per kilo of grapes was

Averages are a rather crude measure and in reality, there are all sorts of deals struck between suppliers and buyers, so actual prices may vary considerably (up to €10/kilo in some exceptional cases). However, the principle is clear: Grand Cru grapes command higher prices and the buyers wouldn’t pay higher prices unless they were convinced that the quality was better. So that’s certainly a factor that reinforces the notion that Grand Cru Champagnes are ‘better’

But how would it be if the entire system was based on a false premise and if it wasn’t the characteristics of the vineyards that determined the quality of the grapes, but something else entirely?

the first two for Chardonnay , the second two for Pinot Noir.

There are those, including several leading Champagne makers, who maintain to this day that the grapes from these villages made fine wines simply because they were near to a press house . This meant that the time needed to take the grapes to the press house – don’t forget, it was by horse and cart in those days – was much less than for more distant vineyards.

Since it is well recognised that pressing as soon as possible after harvesting is a crucial factor in producing quality wine, it followed automatically that wines from these four villages which were close to a press house, produced superior wines and that’s why the grapes from the villages came to be so sought after and their reputation so elevated

It’s an interesting point of view and one that is hard to prove or disprove, so I suspect it will be around for a long time to come.

Not all Grand Cru are equal

Then there’s the issue of variation within each Grand Cru or Premier Cru area.

Let’s take Chouilly as an example . This Grand Cru in La Côte des Blancs is one of the biggest cru in Champagne and covers 525 hectares. It stretches from the village of Chouilly near the busy D3 (Epernay – Châlons-en-Champagne road) on fairly flat, low-lying ground, and extends up a gradually rising slope to the outskirts of Cramant.

Between the two extremes are all sorts of undulations in the terrain including the Mont Aigu, a small hillock mid-way towards Cramant where some of the most sought after plots are to be found, but not all the plots are of equal quality. Some face north, some south or east or west. Some are on low lying ground more prone to frost, whilst some are at the top of the slope and enjoy a much more sunny outlook. Clearly some plots are more desirable than others and likely to produce superior quality grapes, yet regardless of this, grapes from all of the plots are deemed to be Grand Cru .

Another important consideration is that there are no Grand Cru villages in the entire Vallée de la Marne , nor in the Aube, even though these two regions account for some 50% of the entire area of the Champagne appellation.

In years gone, by the Vallée de la Marne and the Aube were regarded as not quite up to the standard of their more prestigious neighbours, La Montagne de Reims and la Côte des Blancs, and were treated a little as second class citizens. But those days are long gone and there are some extremely gifted wine makers in these two, less famous, areas who are creating some fantastic Champagnes without even the suggestion of them being Grand Cru.

So what can you take from all this?

The words Grand Cru can be a useful guide, but they are not an absolute measure of quality, so don’t be totally won over if someone tells you that a Champagne is a Grand Cru unless other information is given to complete the picture and please don’t dismiss a Champagne simply because it is not Grand Cru

>Something that is really helpful is to get to know the names of some of the leading producers who are building a reputation for being skilful wine makers.

To do this nothing beats visiting Champagne if you can. You can see for yourself and speak to some of the producers. Armed with the pointers in this article you’ll be able to ask all the right questions and understand the answers.

If you can’t get to Champagne, then try to earn as much as you can and, on that note, I can’t resist saying that my online course, called My Champagne Expert, is the way to go. It’s the next best thing to being in Champagne yourself.

Jiles Halling is an Englishman whose career in Marketing and Sales for major international wines and spirits brands took him to the USA and Japan before spending 17 years living and working in Champagne. Jiles is the creator of My Champagne Expert – a brand new, comprehensive online course all about Champagne and other books and guides on Champagne