Annie’s 30th Year: 3 Million Cuts – A Thought in Every One 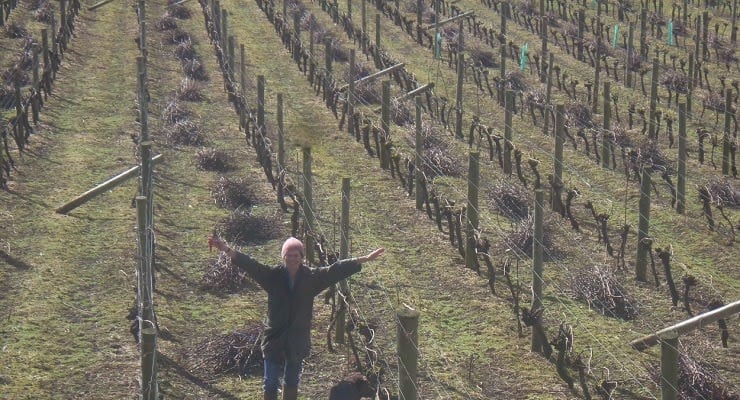 There are very few vineyards in the world that have only ever been pruned by just one person and Annie Lindo is one of those select few.

Annie has finished pruning her Annie’s vineyard’s 5000 vines at Camel Valley for the 30th year – 150,000 vines pruned over 30 years.  Each vine will have had at least 20 canes, all of which Annie has cut off by hand with secateurs, making over 3 million cuts in total.

Said Bob: ‘What an inspiration Annie has been and still is.  I don’t know of anybody else who has done all of the pruning for 30 years on such a scale.’

To commemorate her 100,000th vine pruned, the millionth cut by hand with secateurs and her 20th vintage (10 Years ago), son Sam, 3 times ‘UK winemaker of the year’, made an anniversary cuvée and it was featured on Caroline Quentin’s ‘Cornwall’.