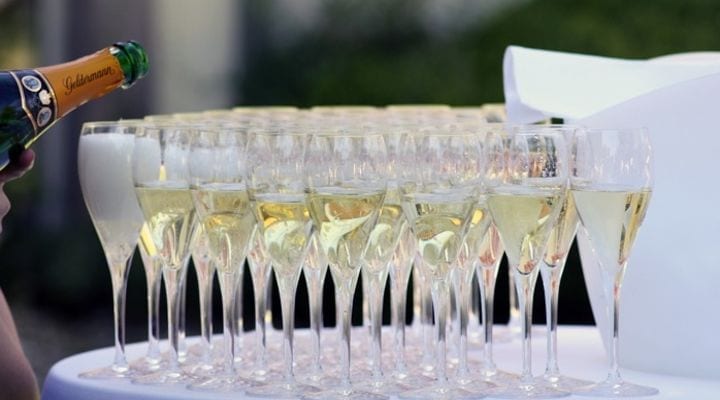 With all the sparkling wines available and the jargon that goes along with it, it can be a little confusing at times.

The ‘terroir’ (soil, climate, geography) affects the outcome of a sparkling wine. Different wines use different types and blends of grape (such as Chardonnay, Pinot Noir, Glera etc…).

Champagne: Made in France’s north-western Champagne region using the traditional method. Mainly uses Chardonnay, Pinot Noir and Pinot Meunier grapes. Champagne is usually a complex and toasty wine. No sparkling wine can legally be called Champagne if it isn’t grown within the region.

Grower Champagne: Same as regular Champagne, except grower Champagnes (Récoltant manipulant) are estates were the winemaker also grows the grapes. They tend to be family-run estates, as opposed to big brands (such as Moët & Chandon, Bollinger etc.).

Prosecco: Currently the best-selling bubbly in the UK. Made using the tank method which results in a less complex bubbly. However, Prosecco has a light, fruity and often sweet taste. Made using the Glera grape.

Franciacorta: Grown in Lombardy slightly south of the Prosecco region, Franciacorta is it’s higher quality sister. It’s made using the traditional method. It can be a little pricey so it hasn’t caught on like some other sparkling wines.

Asti: Asti Spumante is generally a light, sweet sparkling wine made in the Italian region of Piemonte and made using the tank method. Moscato d’Asti is different, made using the ripest Moscato Bianco grapes and only slightly fizzy (frizzante) compared to Asti (spumante).

Lambrusco: A sparkling red wine hailing from the Emilia Romagna region in Italy. Often seen in italian restaurants as it pairs well with Italian food such as Prosciutto di Parma and Parmigiano Reggiano.

Many other countries also produce sparkling wine, including:

English & Welsh sparkling wine: Made using the traditional method with grapes similar to Champagne thanks to southern UK chalky soil being very similar. Generally a high quality sparkling wine and relative newcomer to the industry, but gaining increasing recognition.

Cap Classique: Methode Cap Classique is premium South African sparkling wine mostly made using the traditional method.  Sauvignon blanc and Chenin blanc grapes are used, and increasingly Pinot Noir and Chardonnay. Tends to be fruity thanks to the high temperatures of the South African Wine lands.

Sekt: Sparkling wine made in Germany, Austria and the Czech Republic. 95% is made with the tank method, and the remaining 5% is premium Sekt. Sometimes made with the  Riesling grape.

Sparkling Shiraz: This is a sparkling red wine from Australia made using Shiraz grapes.

Tasmanian sparkling wine:  Australia is becoming a major players in the sparkling wine scene, with notable French Champagne houses buying land there. Tasmania in particular is the current hotbed for sparkling wine in the country.

Now all you have to do is try them all and see which ones you like best!