Bisol, from 1542 to the future of Prosecco Superiore 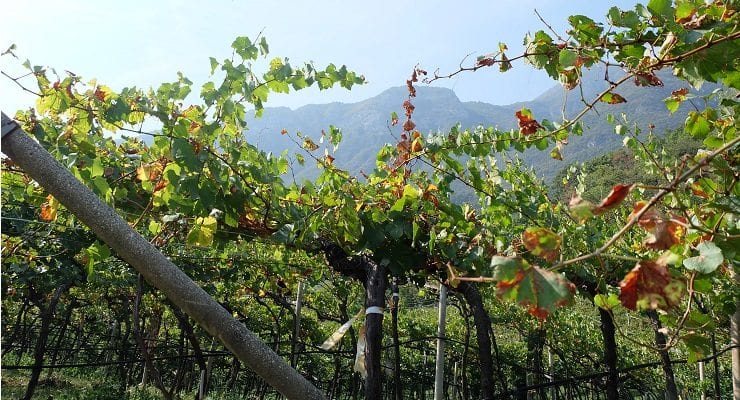 The Lunelli Group unveils an ambitious project aiming to turn Bisol even more into a reference point for the Prosecco Superiore di Valdobbiadene.

Bisol is a winery that has played a great role in the history of Prosecco Superiore di Valdobbiadene. It presents itself to the world using a new language hinged on its basic values: uniqueness, authenticity and tradition. The project emphasises the strong bond with the land and the history of the estate while looking towards the future to adapt to the new challenges and seize the opportunities offered by the market.

Four years have passed since its acquisition by the Lunelli Group and the company is now fully integrated into the group structure; a lot of energy and resources have been invested in pursuing excellence in the production methods, both in the winery and in the vineyards. The portfolio has undergone a complete review and the brand image has been renewed thanks to the work of Robilant Associati. The new logo highlights the year 1542, the year in which a historical document shows that the Bisol family was tending the vines in the area. The “Valdobbiadene” indication and the a stylized steep hill which reminds one of Cartizze, are also featured in the logo, emphasising the strong connection with the territory.

Furthermore, the coordinated image plays on a peculiar colour, the “Bisol green”, hinting at the green vineyards that have been grown for centuries on the hills of this landscape. “Today, we celebrate the beginning of a new era of our brand.” – said Gianluca Bisol, president of the Bisol Desiderio & Figli – “We have always elected green as the colour to best represent the historical and deep bond with Valdobbiadene on our labels. Today, with an even livelier green, we reaffirm our wish to take on the role of ambassadors for this wonderful land. Ours is a long-lasting challenge that will lead us to even bigger achievements, thanks to the precious contribution of the Lunelli family. Knowing one’s roots is the first step towards authenticity and who can claim to have deeper roots to this land than Bisol?”

The Bisol line comprises exclusively Prosecco Superiore DOCG wines and it aims at showcasing all the features of Valdobbiadene’s hills, playing on all the nuances of Prosecco Superiore. Every label represents the full embodiment of a specific terroir and soil composition. A collection built on excellence without compromise that is an expression of all the hard work that is poured into a land where winemaking is only possible thanks to a heroic passion for this craft. In order to pay tribute to the identity of this land, two new labels of the Rive denomination were created: Relio Rive di Guia, the crown-jewel of the company’s portfolio, and the Rive di Campea, the expression of the winery’s most important vineyard.

In addition to the Bisol line, the Jeio collection was revamped as well. Bisol is the family name; Jeio is the nickname. Desiderio Bisol, Gianluca’s grandfather, was nicknamed Jeio by his beloved wife. If the Bisol line can be described as the soul of the know-how of the winery, Jeio represents the latest and contemporary expression of the brand; its modern face, the joyous character of Prosecco that fully embodies the typical Italian ability to enjoy life. Two collections representing two coexisting, intertwined, complementary souls of the same brand.

“This is a strategic project for the Lunelli Group, but at the same time we aim to contribute to the development of the land”, stated Matteo Lunelli CEO of the Lunelli Group and vice president of Bisol. “Prosecco keeps growing at a global level, but consumers seem to focus on the category rather than the producer. We believe that it is of crucial importance to highlight the difference between Prosecco and Prosecco Superiore and we hope recognised and recognisable brands will emerge for the consumers, promoting quality and enhancing the features of this amazing wine. In the future Bisol wants to be an even bigger protagonist for Prosecco Superiore di Valdobbiadene.”